We’ll have some printed copies of this at the information desk, but you can download a copy for yourself now! 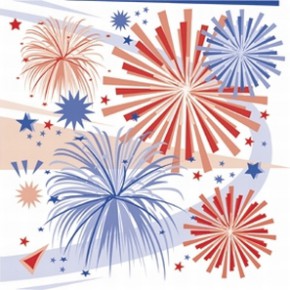 Note correction: the hours of closure are actually 9pm-11:30!

If you are arriving at the hotel in that window, you’ll need a different route!

Final updated info for our dealers

Our dealers room heads have this final updated set of info to share with you. Final updated info for dealers

Get a Sneak Peek at Westercon 66!

Never been to a Westercon? Wondering if it’s worth it? If you live in the Sacramento area, we invite you to stop by on the afternoon of Thursday July 4 for a public “Sneak Peek” at our convention! The Atrium, Dealers Room and Fan Table areas of the convention will be open to non-members from noon to 5PM.

If you are coming to the convention, and want a peek at the planned events without using our Online Schedule app, you can now download the current draft of our Pocket Program as a PDF file.

We’ve signed the Sneaky Tikis to open for the Phenomenauts on Friday night!

The Sneaky Tikis are a young northern California surf band whose influences are Dick Dale, The Ventures, The Pyronauts, Slacktone, and Jon and the Nightriders. They will play a set of instrumental surf music, including songs familiar to many SF fans.
http://www.sneakytikis.com

The concert begins at 8PM in the Atrium and is open only to Westercon 66 members.

At 9pm, our headline act The Phenomenauts go on, and you’re not going to want to miss their first ever SF convention appearance!

Later that night (after the live show, about 10:30), DJ Neshamah will be spinning to keep you dancing.

Thanks to Eemeli Aro of FinnCon and the Helsinki WorldCon bid (plus hard work by our Program team members Christine Doyle and Stephen Nelson), the Westercon 66 complete program schedule is now online in an interactive application.

The app is designed to be mobile friendly, and caches the data on your device so it will continue to work after downloading even if you are in an area with poor reception.

The schedule can be accessed via our websites menu system, or directly via http://www.westercon66.org/schedule/

If you prefer the schedule in PDF format, you may download the latest draft of the pocket program from http://www.westercon66.org/schedule/W66PocketProgram.pdf

The discounted advance sale rate of $65 for an Attending Membership to Westercon 66 increases to $75 beginning July 1, 2013. Don’t miss your chance to save a few dollars on your membership!

In addition, we’re happy to announce single-day rates for Westercon 66: 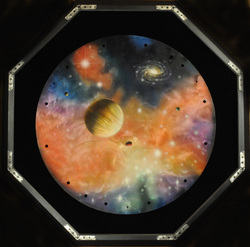 Check the page for more details

John Hertz will be leading a series of three discussions on classic works of science fiction: Moonraker by Ian Fleming on Thursday at 7:00PM, “Vintage Season”  by Henry Kuttner and Catherine Moore on Friday at 1:45PM, and To Live Forever by Jack Vance on Saturday at 10:00AM.

We Oughta Be in Pictures!

In fact, we were… or at least Meredith was, representing us on Sacramento’s LiveWire TV broadcast!

You can watch the video of the entire thing below the cut; Meredith’s segment starts about 1/2 way in.

The submission deadline for manuscripts for the Westercon 66 Speculative Fiction Writers Workshop has been extended to May 28, 2013. Visit the workshop page for more details.