Happy New Year — Westercon 66 coming to events near you…

We’re also sending folks out to smaller events all over the Western Region. 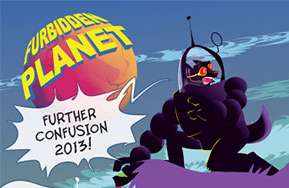 At FurCon, look for our Fan Table, and join us on Friday night for our infamous  This is an Ordinary Hotel Room* party!
You might even be able to join co-chair Kevin Roche for a spin in his fleet of flying saucers.

At Gallifrey, we are hosting a special pre-convention version of the Ordinary Hotel Room* party on THURSDAY evening in room 110.

Look for our representatives at the convention all weekend; several of the committee members are also helping host the “Torchwood 4 Cabal” A Room Party Called Mercy in the same room on Friday Night.

*These are NOT meetings of covert operators. Got that? No Secret Agents here. Nope.

This entry was posted in News, Parties and Promotions. Bookmark the permalink.